Woman of the Year Awards 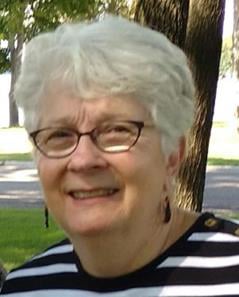 After retiring from the Michigan School System, Sally and her husband moved to Ruskin, Florida in 2005. She immediately began dedicating her life as a full time volunteer serving Ruskin, Sun City Center and Wimauma. She became an actively contributing member of the Education Committee of the South Shore Chamber of Commerce, the Apollo Beach Women’s Club, the Riverview Women’s Club, the American Association of University Women, Kiwanis Club, and 100 Women Who Care.

In addition, she serves as a Mission Smiles Supporter, a helper at the Guadalupe Food Pantry, a Ruskin Elementary Angel, and a Gannon University Friend. She has proven to be a successful fundraiser for all these groups, as well as being adept at securing tangible donations for organizations such as Learn To Fish, Miracles Outreach, and the Mary Martha House.

Sally’s passion for addressing human trafficking and improving education came together at Ruskin Elementary School, where Sally volunteered as a tutor. Sally met the founder and executive director of Parents and Children Advance Together (PCAT) Literacy Ministries, an after-school literacy program for students at risk of school failure in low-income communities. Bringing this program to Ruskin Elementary School became a goal for Sally. She raised the first $10,000 to bring a pilot PCAT program to the school in 2015 as a partnership with the South Shore Campaign Against Human Trafficking.

Sally’s belief in the power of education goes beyond elementary schools. She also mentors young women at Gannon University and trafficking victims living in residential facilities.

During our annual ZONTASTIC event in March 2018, we honored the Zonta Club of Tampa’s 2017 Woman of the Year, Julianne Holt, Hillsborough County Public Defender.

Julianne is a lifelong resident of Tampa who has served as the elected Public Defender since January 1993.

Prior to being elected as the Public Defender, she served as a Special Court Appointed Public Defender from 1987 to 1992 and was in private law practice from 1981 to 1992.